our early lunch with the Aunties over at SIngapore Island Country Club. 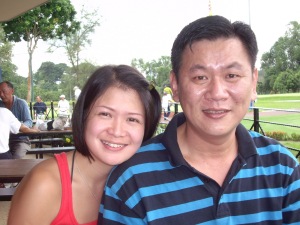 Prawn noodles… not my type of prawn noodles that i would like though! 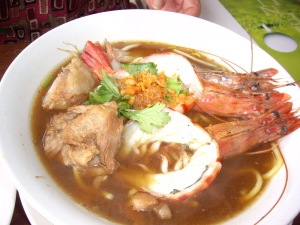 me and the AK had Laksa instead

we noticed some golfers hired some buggy to pick the balls and replace it for them, 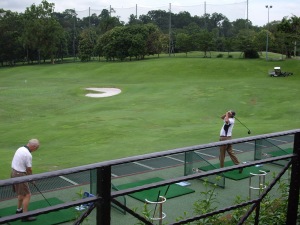 because they were plain lazy to bend down. So it turned out the buddy had the most exercise and is healthier!

So, if golfing is a form of exercise, then isn’t it a way of exercise to bend and pick or replace your own balls, instead, why is there a laziness there?

check out the video of the lazi-golfer!

What are you thinking? Cancel reply

As sinners, we couldn't reconcile ourselves to God on our own. So God made a way that we could be united with Him in heaven. "For God so loved the world that he gave his one and only Son, that whoever believes in him shall not perish but have eternal life" (John 3:16). "

"Salvation is a gift of God’s grace through faith in the finished work of Jesus Christ on the cross (Ephesians 2:8-9). Christ’s death fully accomplished justification through faith and redemption from sin. Christ died in our place (Romans 5:8-9) and bore our sins in His own body (1 Peter 2:24).

We believe salvation is received by grace alone, through faith alone, in Christ alone. Good works and obedience are results of salvation, not requirements for salvation. Due to the greatness, sufficiency, and perfection of Christ’s sacrifice, all those who have truly received Christ as Savior are eternally secure in salvation, kept by God’s power, secured and sealed in Christ forever (John 6:37-40; 10:27-30; Romans 8:1, 38-39; Ephesians 1:13-14; 1 Peter 1:5; Jude 24). Just as salvation cannot be earned by good works, neither does it need good works to be maintained or sustained. Good works and changed lives are the inevitable results of salvation (James 2). "
got?.com